The 2nd Double Mini-Trampoline Regional Test Event took place at the weekend and there was more success for Alton members, with 5 more trophies and some high scores meant that there are a total of 10 ATC gymnasts who have achieved the qualifying score for the Regional in March.

For Jonty and Eloise it was second time lucky. Both missed out at the 1st event in January, both came back determined and their efforts paid off as both won trophies, with Jonty winning his category and Eloise coming 3rd, and both securing their place for the March event. 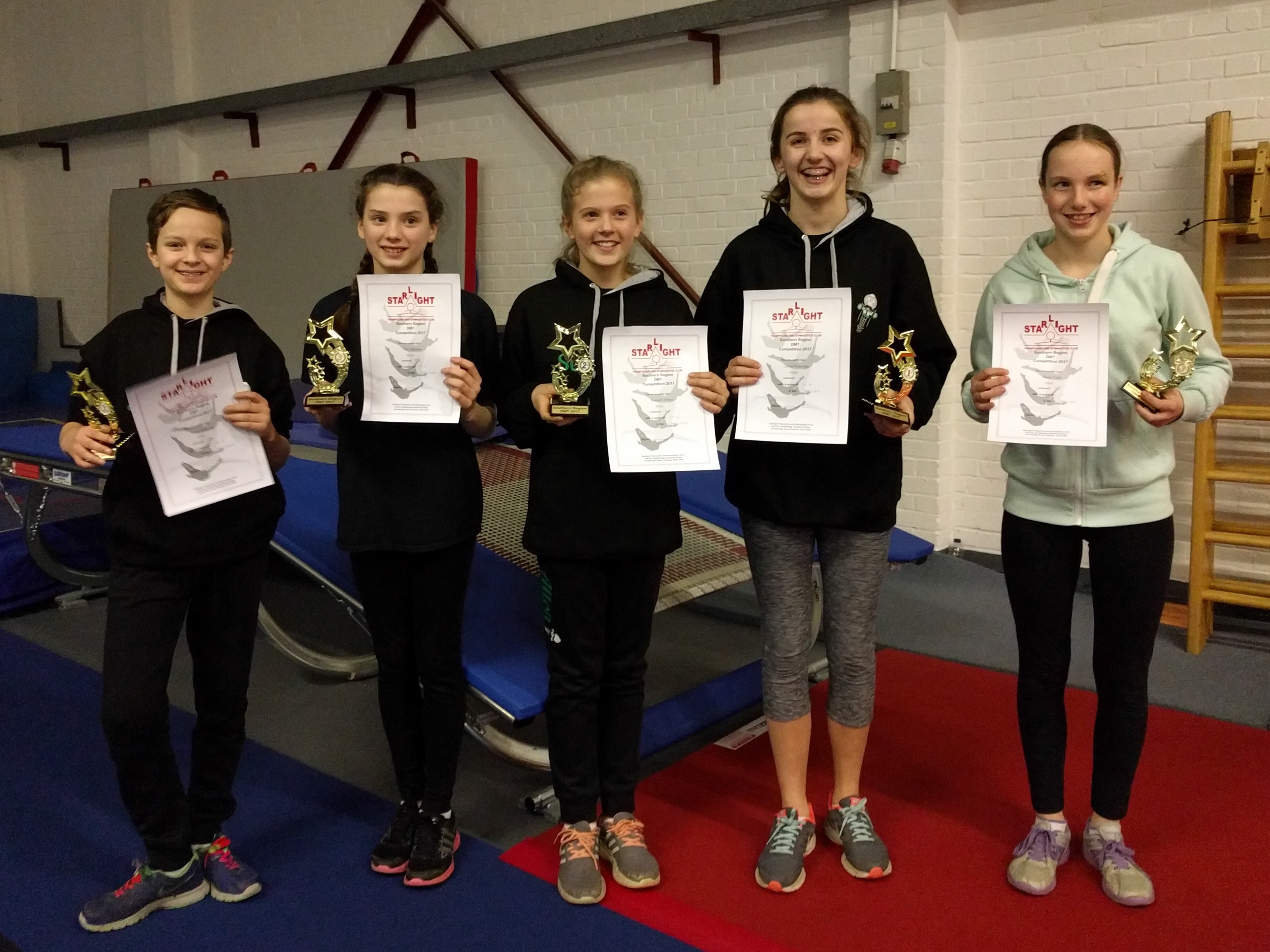 Ezri was competing in her first ever DMT competition, and she shrugged off any nerves to produce a good performance and win herself the 3rd place trophy. Placed narrowly on either side of her were Izzy (4th) and Scarlett (2nd), both of whom were gaining additional practice after they qualified at the previous event.

Alton’s other competitors had already qualified at the last event: Lorna came 4th in the NDP2 13+yrs group. Hattie in the NDP4 category also managed 4th place. Scott, in NDP3, went one better than last time, coming away on top of the pile with a 1st place trophy!

It was another strong showing from our members, with 10 of them now having qualified for the competition in March, where the top 2 in each group have a chance of moving forwards to represent the Region at the Regional Team Finals later in the year!

Well done to all of the competitors, and to coach Sylvia for her efforts and support.

Full results will be uploaded soon.