Alton Trampoline Club have a terrific team of friendly and experienced coaches: 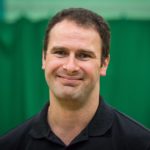 Mike started coaching Trampolining in the late 90s, and is a keen sportsman who has also coached Football, Tennis and Archery. Mike grew up in Devon and it was there his passion for the sport grew through being involved in coaching at his local club. He has been involved in the South-West at East Devon High Flyers, Exeter University, and Wellington Whirlwinds, and was also invited to coach as part of the South-West Development Squad. He is currently in the process of taking his High Performance Coach qualification, having already passed the theory exam. He loves seeing people take part in and enjoy sport, and works hard to ensure that individuals development to their potential, whether performing or coaching. 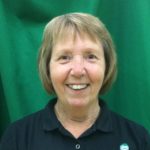 Sylvia is the founding member of Alton Trampoline Club, and having started coaching in 1989, she identified a gap in the local market and in 1990 Alton Trampoline Club was born! She has shown remarkable dedication and commitment. She was rewarded for her dedication to Trampolining by being chosen to carry the Olympic Torch in 2012 – one of the proudest moments of her life! In 2013 Sylvia was awarded the ‘Brian Barton’ award for Service to Sport at the Alton & District Sports Council (ADSC) Awards 2013, for the effort and commitment she has shown in enabling people to take part in Trampolining. In 2017 she was shortlisted at the British Gymnastics National Awards.

A popular member of the Club and a BRITISH CHAMPION, Stuart is also a current member of the GBR National Disability Squad. Stuart started back in 2004 and has been with the club ever since. As a competitor he has reached the National level, and he remains an active competitor, competing in the National Gala events in Trampolining.  He is a three-time British Champion and two-time (and current) English Champion, which includes winning the Mens Disability Category 1 event at both the 2018 English and British Championships! Stuart passed his UKCC Level 2 coaching course in 2014, and in 2017 won the ADSC ‘Male Coach of the Year’ and East Hampshire ‘Disability Sportsman of the Year’. 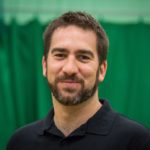 James founded the Trampoline Club at Central Lancashire back in the early 2000s. While at University James competed in the BUSA Finals and also represented the Uni at European competitions. James was brought back to the sport through his young children, who both followed in his footsteps and took an immediate liking to the Trampoline from their very first jump! 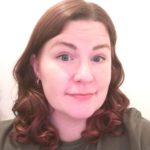 Kerry joined the club after her daughter joined, which served as a great benefit for both ourselves and for her, as Kerry has been watching both of her children succeed in gymnastics over a number of years. No longer having to simply watch from the sides, she is an enthusiastic, determined coach who loves to challenge herself, who is also a great coach in other gymnastic disciplines. 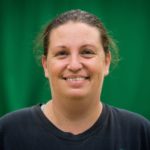 Lee started helping at the Club when her son joined, having previously taken part in the Saturday afternoon Sports Centre sessions. Lee showed great desire and determination to become a qualified coach, and undertook her training while recovering from a broken ankle to successfully qualify in July 2015. She has enjoyed coaching so much she is also working towards her Level 2 qualification. As well as coaching, Lee has also demonstrated other talents, as Vicky, Lisa and herself have also produced some amazing cakes at previous club socials! 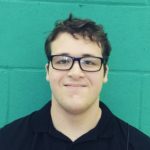 Pete has been a gymnast with the club for many years now, and has recently competed in the National Trampoline League events, qualifying through to the Finals in 2016, 2017 and 2018 consecutively. Having previously taken the Trampoline Proficiency Award course, Pete took his Level 1 coach assessment alongside his 6th Form exams in July 2015 and has progressed on to starting his Level 2 coaching course. 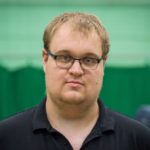 Jonathan trained with the club as a junior member for many years, and took his coaching qualification following the completion of his college course in 2015.

Scarlett & Frankie are both enthusiastic members and talented athletes, having both won medals in national competitions. They are both wanting to work towards their coaching qualifications and are doing a wonderful job teaching some of our younger members. 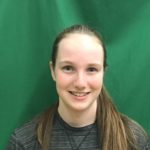 Eloise has been an active competitor with Alton for over 5 years. She is also proving to be an excellent coach, utilising her skills and knowledge of Trampolining and combining them with her experiences outside the sport. She is currently away at University expanding her knowledge and skills. 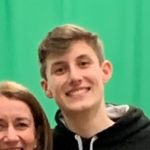 A popular member of the club and hugely likeable person, Scott has grown up with the club, improving as a competitor and even represented the Southern Region. In 2019 he successfully passed his Level 1 coaching qualification. He is attending University at present, but we may well see him stop by from time to time, when his term breaks allow it. 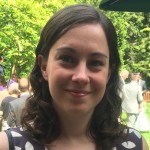 Clare has been part of ATC since it first began, and despite a stint at Uni has never left us! She developed as a performer right up to competing in the National grades and the BUSA Finals. The passion and enthusiasm for the sport led to her becoming co-captain of Exeter University Trampoline Club from 2006 – 2007. Clare started coaching over 11 years ago, and completed her Level 3 Module 3 assessment in March 2015.

As well as coaching, Clare was previously Club Secretary and, through the work that she does for the Club, resulted in her winning the East Hampshire Sports Volunteer of the Year award in 2013 (2nd place in 2014) and winning the Alton & District Sports Council ‘Volunteer of the Year award in both 2013 and 2014 consecutively. She has now stopped to spend more time with her family, but you may see her occasionally at sessions. 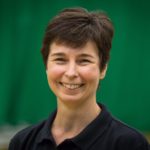 Lisa became a coach at Alton in the late 2000s after thoroughly enjoying the adult sessions we ran. As well as being an experienced coach, Lisa is also a qualified physiotherapist. Lisa had a brief break away from the sport and then started back up again after she introduced her son to the sport, and has since progressed through and obtained further coaching qualifications. She stopped coaching regularly with the club in April 2019, although still visits and helps out occasionally. 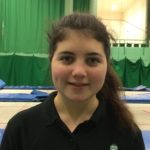 Seren has been a member at the club since she was in Primary School, and has grown & improved with the club over the years. She successfully passed her coaching qualification in 2016 shortly after great success with her GCSEs. Her effort and her ability as a coach were recognised when she won the Alton & District Sports Council ‘Junior Volunteer’ award in 2017. She is currently away attending Oxford University. 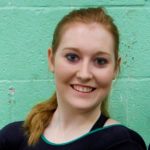 Another of our members who has grown up with the club. Chloe started assisting as part of her Duke of Edinburgh’s Award and won both the Alton & District Sports Council and the East Hampshire ‘Junior Volunteer of the Year’ awards in 2015. She successfully passed her exams to gain her Level 2 qualification in 2018. 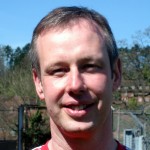 Andy was once a parent standing and watching his son train every week when he suddenly thought “I could do that”. He has since progressed up to being a Level 2 Coach. His efforts, passion and enthusiasm for trampolining and the club saw him win the ‘Volunteer of the Year‘ award at the 2014 East Hampshire Sports Awards and the ‘Volunteer of the Year‘ at the 2015 Alton & District Sports Council Awards. Andy was Club Chairman from 2013-2016 and has tremendous enthusiasm towards ensuring that everyone enjoys the sport. 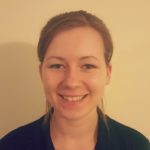 Having been part of the club for many years, Jasmine stopped her regular coaching duties in February 2020 to concentrate on her full-time job, although she may bring her bubbly and friendly personality to help out from time-to-time. 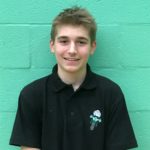 James has grown up with the club since winning his first gold medal at our Intra-Club event over 8 years ago, all the way to qualifying and competing in the Trampoline Finals in 2017 and 2018. He has since stopped regularly coaching in order to concentrate on a career as a tree surgeon.

Alton Trampoline Club aims to support the continued development of its coaches and also encourages anyone who wishes to get involved in coaching, judging, or officiating. We have a strong mentoring system, and all of our coaches are happy to support others in their development. If you would like to get involved, or have any questions then please contact us.