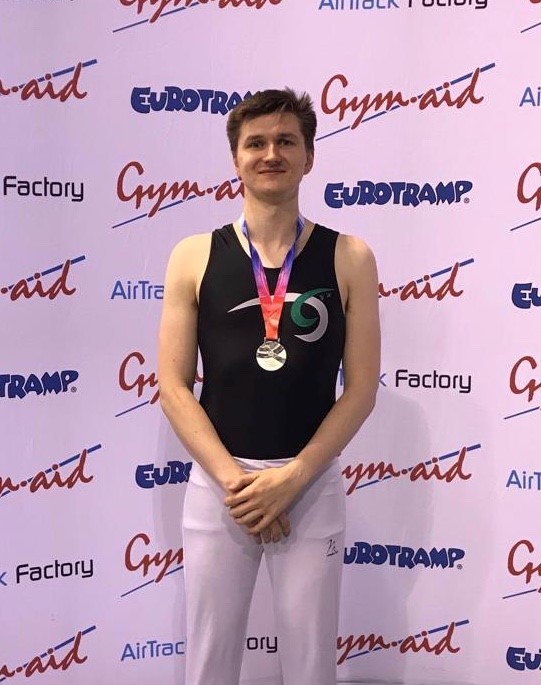 Well done to our superb Stuart Sharpe, who won Silver medals at both of the 2019 Spring Series events, earning himself a place at the British Championships later in the year!

Stuart, defending his crown after winning the 2018 British Championships in the Mens 15+ Category 1 group, completed all of his routines, coming 2nd in both events in groups of a high standard.  Congratulations to Nicholas Smith of Aspire who came 1st on each occasion, and it looks to be an exciting final when the British Championships come around!

For Stuart, it was great to see him continue his consistency and demonstrating his ability with the GB Squad and coaches around.  Thanks to Sylvia, Hilbre, Dawn and his father Philip for their support at each event.