There was success for ATC members at the 2018 Regional Team Finals as both Alex and Elliot qualified for the NDP Finals!

It was an exciting weekend of Trampolining, DMT and Tumbling, as gymnasts from the whole of the UK travelled to the impressive Arena in Birmingham representing their respective regions. 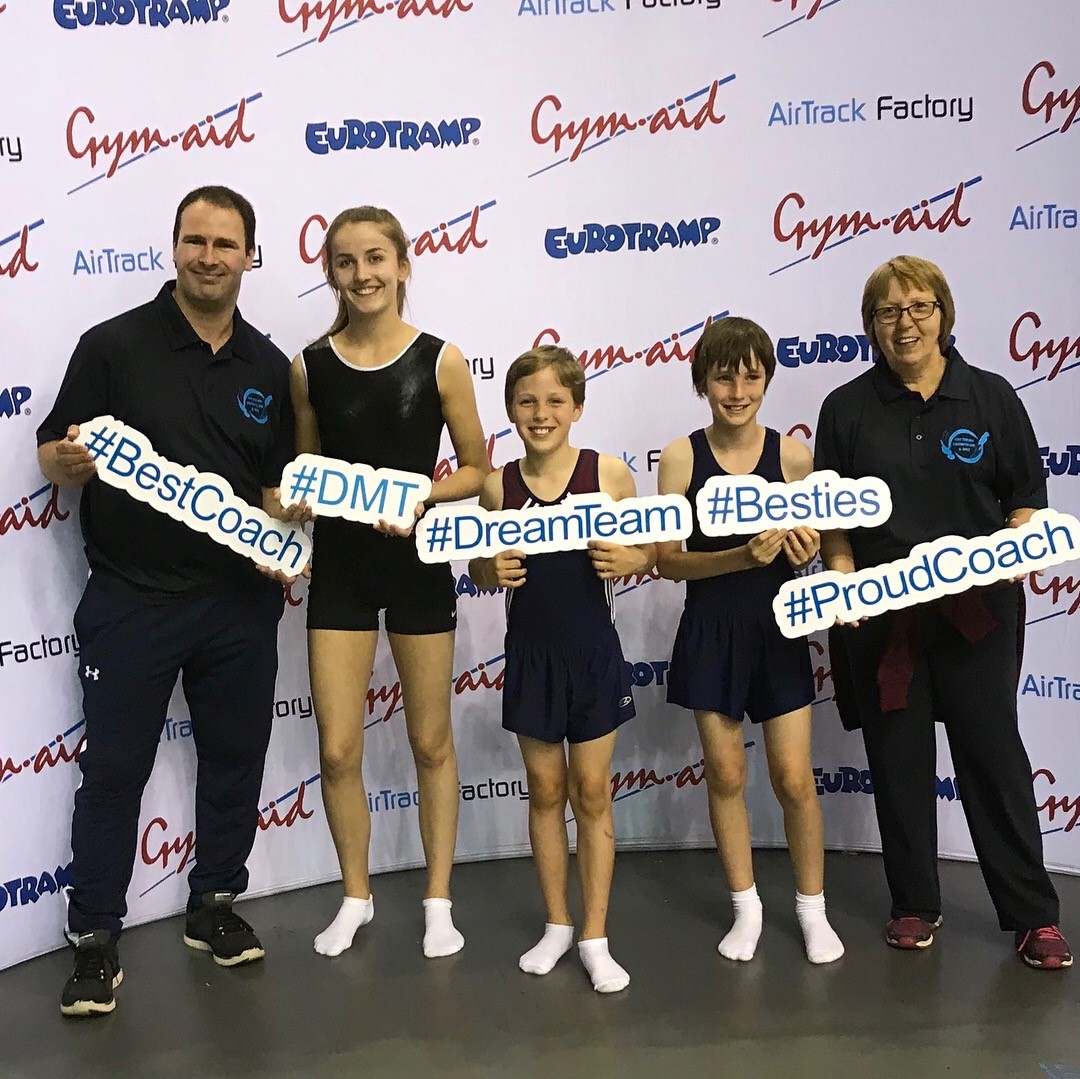 Five members from Alton had qualified to be part of the Southern Team. Zaki was the lone gymnast on the Trampoline, while Alex, Elliot, Lorna and Katherine had all earned their place on the team through DMT.

Zaki and Katherine competed on the Saturday. Zaki, in his first national event, showed no signs of nerves to complete two solid routines in a very close NDP1 11-12 group, with less than 5 marks between the top 16 gymnasts. Zaki finished in a very respectable 15th place, and can take away a lot from his performance.

Katherine, in the DMT NDP5 15+ group, was competing in her 5th consecutive Regional Finals. Unfortunately she failed to land on her feet in her first pass, denying her the opportunity to compete for the medals this time around. She showed great attitude and competitive spirit though by subsequently producing three excellent passes, ultimately finishing in 13th.

On the Sunday, Lorna took the floor in the NDP2 13+ category. She hit every one of her passes, never landing in any of the penalty areas, and achieved her season’s best score while finishing in 20th place. It was a group of high quality, with every competitor completing their passes, and out of nearly 100 passes, only 3 saw any of the judges scoring less than a 9.

For Elliot and Alex, this was their first season competing in Double Mini-Trampoline, with both boys competing in the NDP1 group. Neither of them was phased by the scale of the competition and they each successfully completed all of their passes. Elliot finished in 6th place in the 11-12 group, while Alex came 8th in the 9-10 group, meaning that both of them have now qualified for the NDP Finals in July! For both of them it is an incredible achievement and will be an amazing experience.

Congratulations to all of our gymnasts and to the whole of the Southern Region, which finished 7th in both Trampoline and DMT. There was a fantastic team attitude shown throughout the whole weekend, with gymnasts and coaches all working together and supporting each other, and all were excellent representatives for the region.

Good luck to Alex and Elliot on the weekend of the 7th and 8th of July, as they now move on to the NDP Finals in Nottingham!

Full results and videos are available at https://www.british-gymnastics.org/event/8899/trampoline-and-tumbling-regional-team-final-and-ndp-qualification-2018.