Pete Walley can celebrate after coming away with a silver medal when he came 2nd at the first National Trampoline League event of the year. 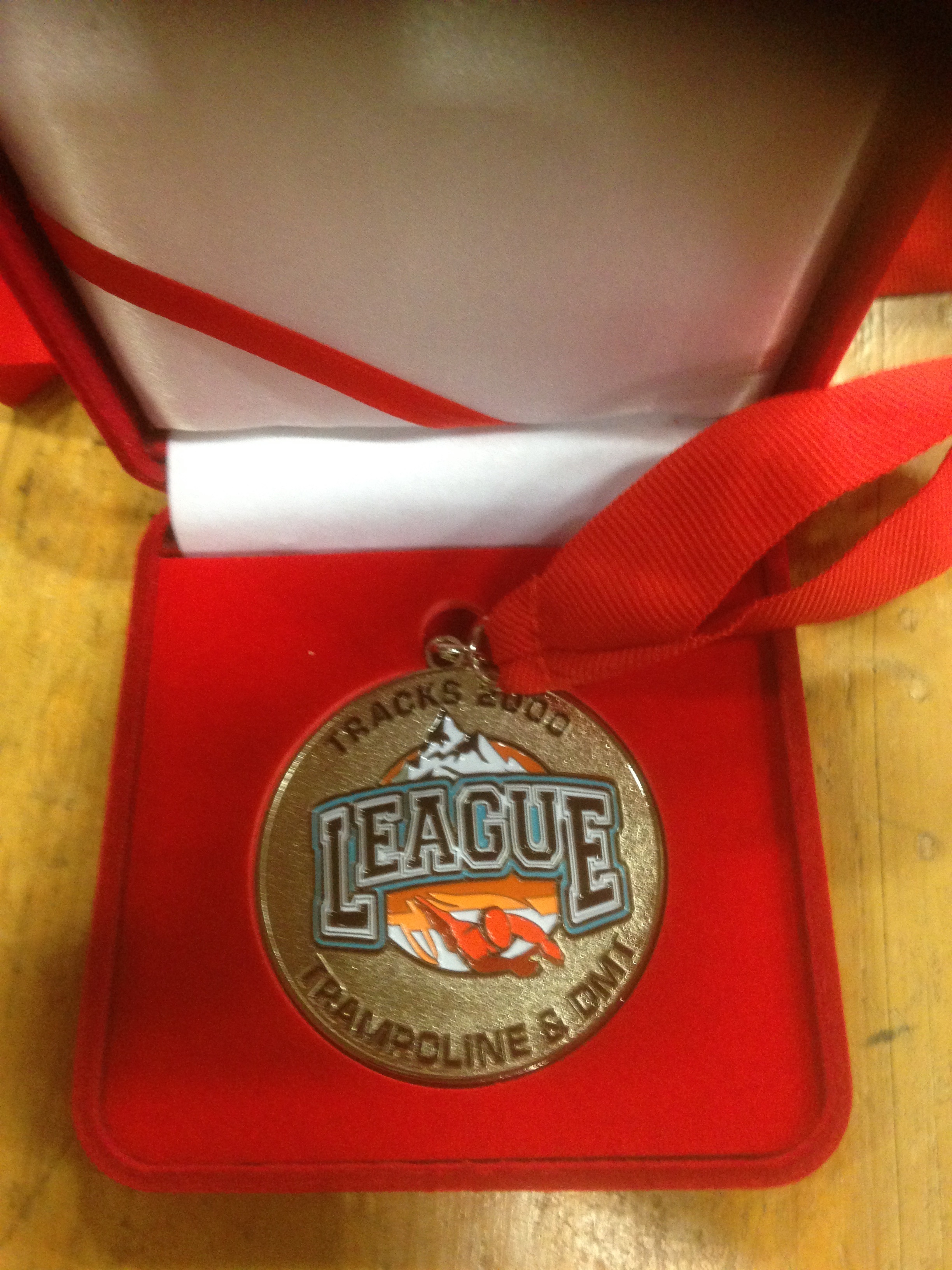 Pete, who passed his coaching qualifications last year as well, was competing in his first ever National event, and showed enormous composure and concentration to somersault his way into 2nd place in the 19+ Mens League 3 category. Pete completed his most difficult routine to date, and had to perform it three times following his qualification to the Final after the first two rounds. It was a performance he should be proud of, and his coach Andy praised Pete, saying “he has worked so hard leading up to this to get his routine, and this shows what he is capable of”.

Alton also had three other members taking part in the League 3 category, and they too were competing in their first open National event. Katherine and Hattie both finished their routines in the 13-14 Girls, in a huge group consisting of over 60 gymnasts! Chloe gave a good account of herself, improving on her recent performances at Regional level, coming 22nd and securing League points in the 17-18 Ladies group.

Well done to all four of our members, who will take much away from their experience. This looks to be a sign of things to come as we begin to see more of our members start to compete in National events.