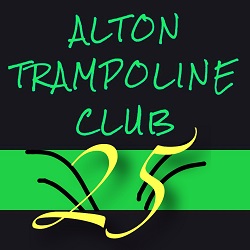 At 11am on Tuesday 3rd November Alton Trampoline Club celebrated 25 years since its very first session!

Founded by Sylvia Comber back in 1990, the club is still going strong today. We would like to thank to members, coaches, committee, and every single one of the volunteers that have contributed over the past quarter of a century – all have been influential in making the club such a success, and it would not have been possible without them.

It’s a wonderful achievement with so many people being able to try and enjoy the sport of Trampolining, making new friends and learning new skills. There have been highs and lows, and so many personal achievements, whether it is just the confidence to get on the trampoline or becoming a Champion. The Chairmen we have had have all been enthusiastic and terrific in moving the club forwards. We have had coaches develop with us: some have stayed, some have even moved on to run their own clubs. We have had members receive awards for volunteering – both at junior and senior level. Sylvia herself was rewarded for her dedication and impact by being selected to carry the Olympic Torch back in 2012. 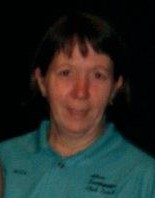 We are continuing to build on the foundations laid over the years and this has seen us win the East Hampshire Club of the Year in 2014 as well as having a British Champion this year. Sylvia, still heavily involved, joyfully said “a very very big thank you for all your support over the last 25 years”.

Here’s to another 25 years!