It was a great day for sisters Federica and Elena as they both came away with First Place trophies at the South-East Regional round of the National Schools Championships! 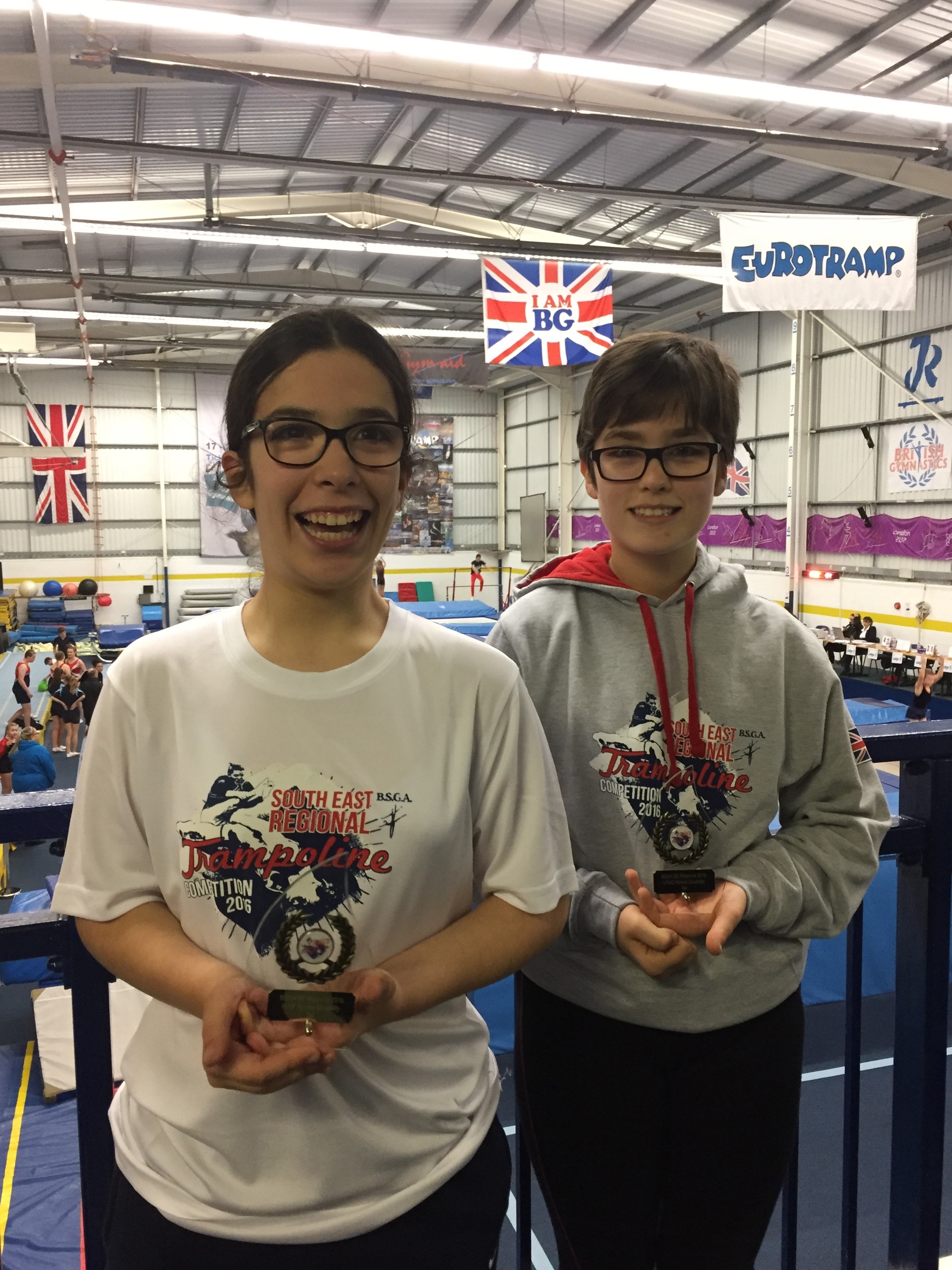 While they are members of ATC, both girls were competing for Stepping Stones School in Surrey, and the school can be especially proud of how well they represented them. Federica was following up on her fantastic performance in last years’ Championships where she qualified through to the Finals, while for Elena this was her first time in the Schools’ event. Competing in the Under 19s and Under 14s Novice Disability categories, both Federica and Elena supported one another and each finished both of their routines with scores in the 7s from the judges. ATC Coach Lee Parrott, who made the 150-mile round trip with them, was delighted with their performance and the “very good routines from them both”.

So it’s on to the Zonal round for the girls, which sees them travelling to Taunton on Sunday February 5th to compete for a place in the National Finals. Congratulations to them both on the achievement!

Full results from the event are available to be downloaded below: