Glitz and Glammer as Teenagers’ success and efforts recognised February 16, 2015

The 2015 East Hampshire Sports Awards evening took place on Thursday 12th February and Alton Trampoline Club members were recognised for their commitments over the last year. 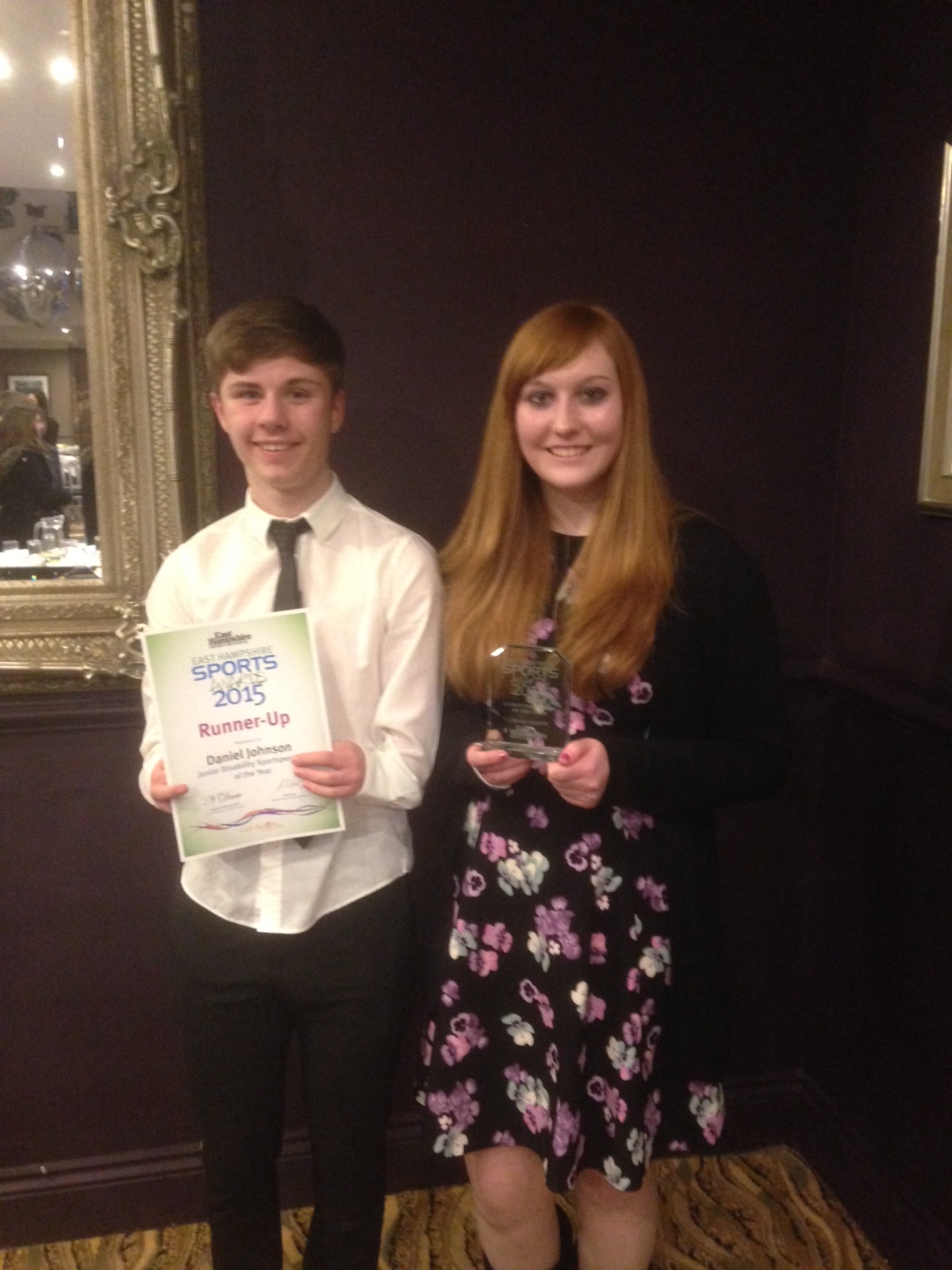 Dan Johnson and Chloe Foster were shortlisted for awards and attended the event, which was hosted by popular TV personality Fred Dinenage MBE. The evening opened with a motivating speech from Portsmouth FC manager Andy Awford, who spoke about overcoming hurdles to reach goals and how having the right attitude and determination gets rewarded with success. He relayed stories about his own career, how he suffered a number of setbacks due to injury, and how he managed to come back and build a successful career as a player, and then reaching high levels as a manager. He emphasised how very rarely success is achieved without overcoming a struggle at some point, but that perseverance makes it all worthwhile.

In the category of Junior Disability Sportsperson of the Year, Dan achieved Runner-Up, for the success he has achieved over the last year, coming 3rd at the British Championships, being selected for the GB Development Squad, and reaching the National Schools Finals taking place next month.

It was then read out that the winner of the Junior Volunteer of the Year… was Chloe! The trophy is awarded to someone under 18 who has shown enthusiasm, commitment, and has made a significant contribution through volunteering. Chloe has demonstrated all of these virtues, through the time she gives up to come into the Club and help, both through assisting with coaching to helping with events. Through her other volunteering work, she has also been selected as one of youngsters to represent the UK at the World Scouts Jamboree in Japan later this year. It was through all of this that Chloe was fully deserving of the accolade, to the thrill of her family and others in attendance.

The evening really emphasised the amount of talent and dedication shown by both groups and individuals in the area, and we congratulate both Chloe and Dan on their achievements and being chosen to be among the group of talent recognised.