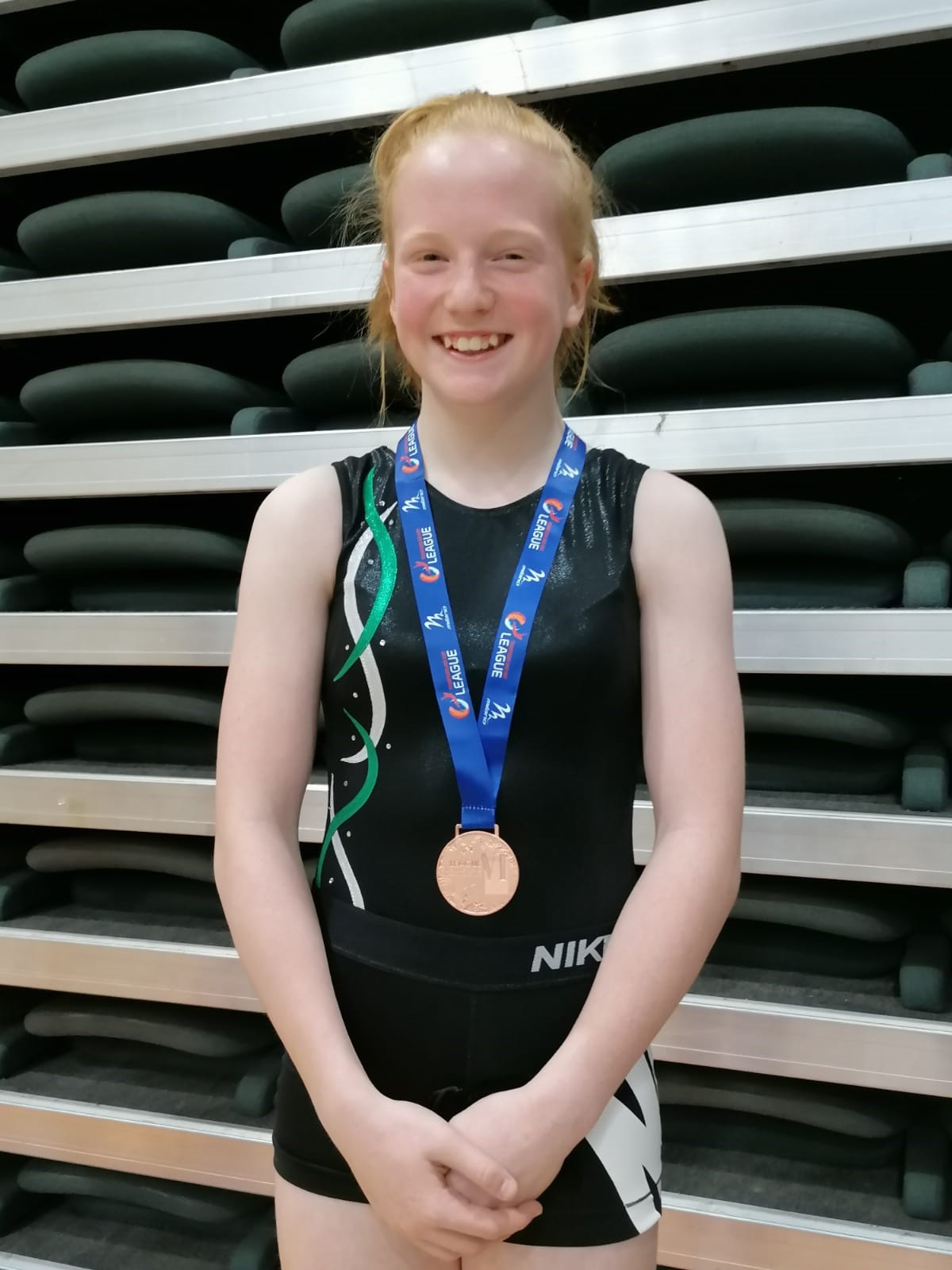 CONGRATULATIONS TO FRANKIE, as she claimed the Bronze medal at the first Trampoline League of the year.

It was her first experience at a national Trampoline League event, and Frankie showed little nerves as she pulled off four excellent passes.

After her initial two passes she was placed fifth, which meant she qualified for the final.  She then successfully landed her ‘Full’ (full-twisting back somersault) and her ‘Rudi’ (1 and a half twisting front somersault), earning high enough scores to push her up into third position and earning her place on the podium.

The results meant that Frankie earned 40 league points and a great chance of qualifying for the League Finals at the end of the year.  A brilliant result – well done to her!  Thank you as well to ‘Coach Kerry’ and to our friend Lisa Lewis, for supporting Frankie on the day.