Alton celebrated success at the National NDP Finals with the crowning of a new National Champion! Stuart Sharpe competed in the Double-Mini Trampoline (DMT) Level 6 group and successfully won the event. 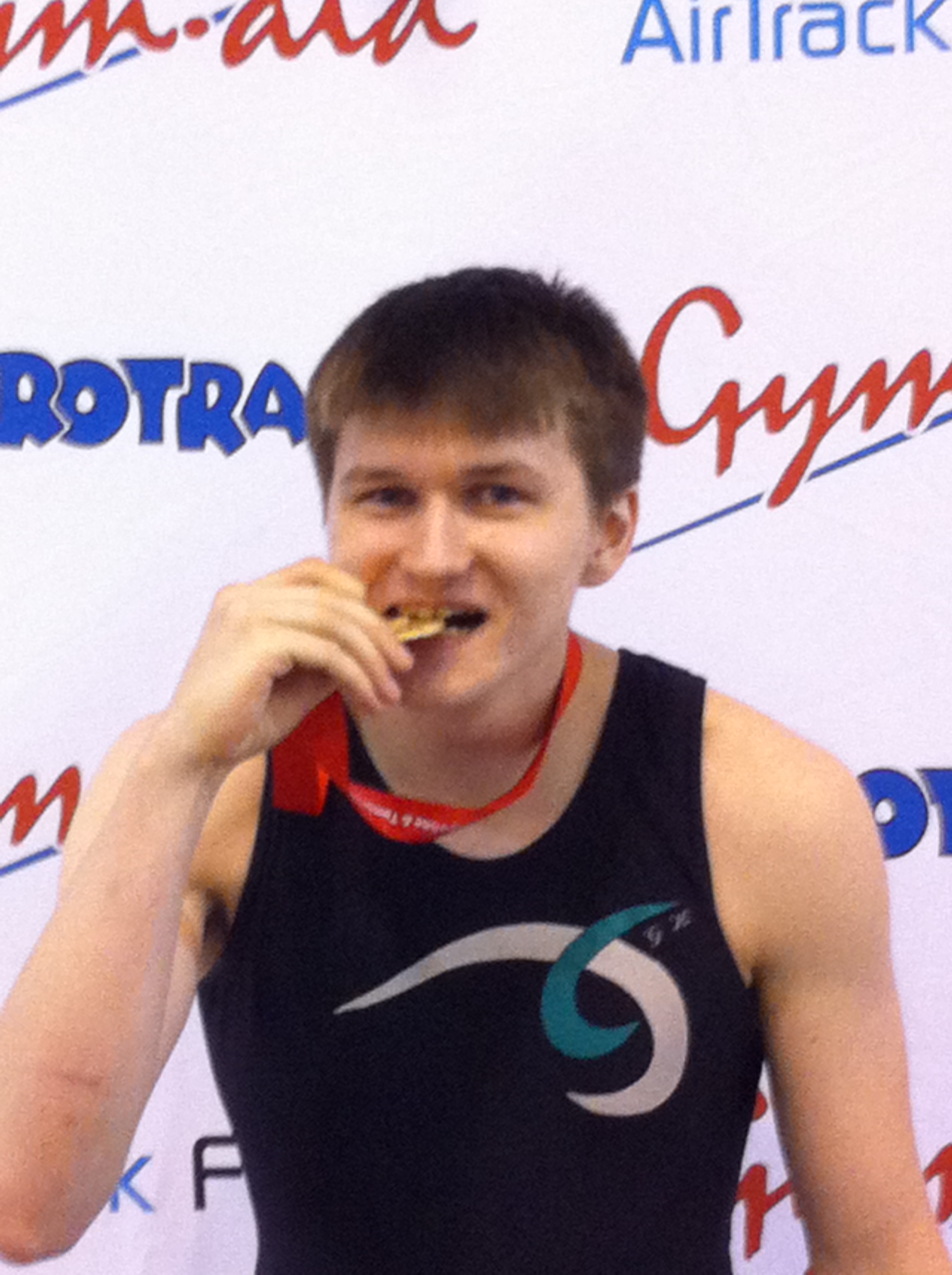 Stuart’s combination of passes had the highest difficulty he had ever competed, and after successfully completing and landing all four of them, he was awarded the gold medal in front of the crowd at The Telford International Centre.

Coach Sylvia Comber was delighted: “What a great day for Alton Trampoline Club, I am so proud of my DMT Champion!”.

This capped off a fine weekend for the club, which also saw Katherine and Scott both competing in their first National Finals. All three gymnasts had to qualify through regional events and then the Regional Team Finals in order to get to the National Finals.

Scott, competing in the Level 1 Trampoline group, continued to show his improvement by producing two strong routines which saw him finish 5th.

In the DMT Level 4 group Katherine started well, but unfortunately her second pass did not count due to an incorrect move. She showed great determination to follow this up with two excellent passes. She narrowly missed out on a medal place and finished in 4th, which was still a terrific achievement in her first full season competing in DMT.

The weekend finished with Stuart competing. Despite a heart-stopping moment where he started falling backwards on his final landing, he managed to get his foot down and remain upright, securing the gold medal.

For a club run by volunteers, it is a terrific accomplishment to see three members competing in the National Finals and a great testament to the efforts of Katherine, Scott & Stuart, their coaches and families. Congratulations!