Alex sinks his teeth in as ATC members have good reason to smile January 24, 2018

Alex remarkably lost a tooth midway through his first DMT competition! Yet he still continued and finished on the podium, as Alton members had a successful start to the 2018 competition season.

The day was all about Double Mini-Trampoline as Alex, competing in the NDP 1 category, successfully completed his first two passes. “He just casually walked up to me and handed me his tooth to look after!” said Judy, who was Competition Marshall. The enameled object was not a result of the activity, so Alex continued on and finished in 2nd place, claiming his first ever trophy for competing in DMT! While he didn’t reach the qualifying score on this occasion due to a failed full twist, he came away with a lot of experience and enthusiasm for doing the next competition in February.

For the other seven Alton members taking part, there was less drama but just as much success. In the NDP2 group, Lorna, Scarlett and Ezri were all successful in achieving the qualifying score for the Regional Team Qualifier in March. On this occasion they finished 3rd, 4th and 5th respectively. 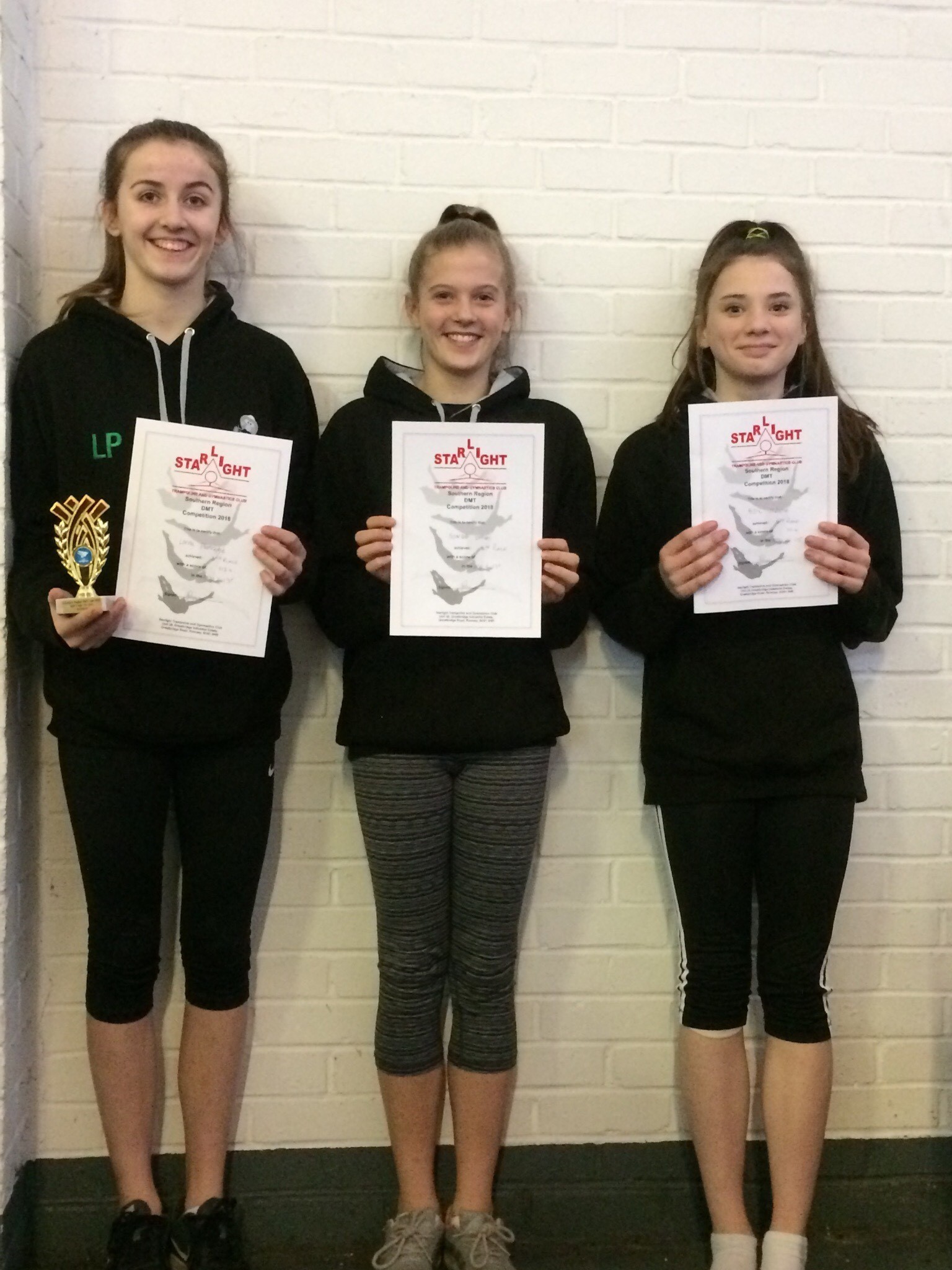 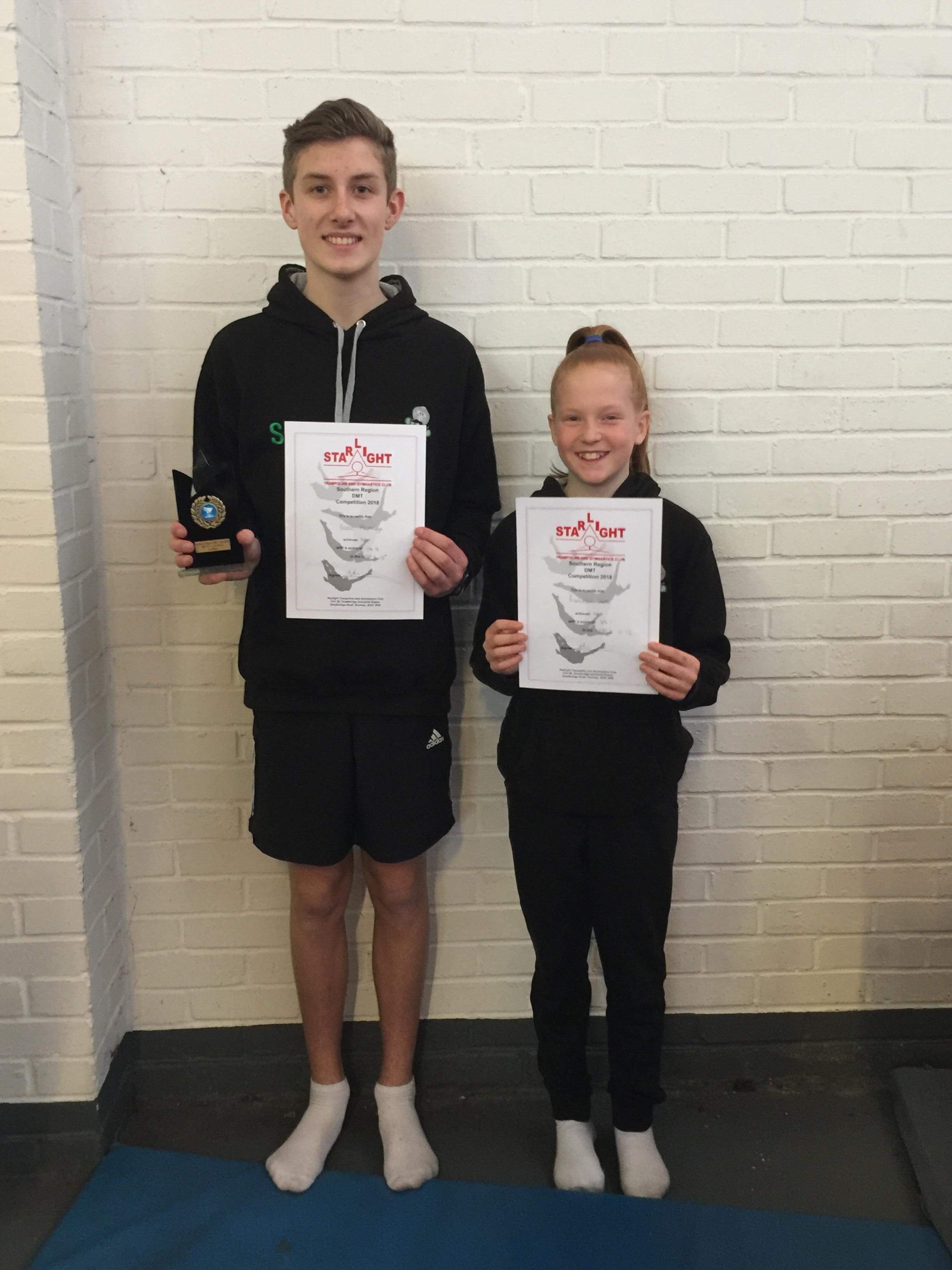 Frankie did well and got to stand atop the podium in her first Regional DMT competition. Unfortunately she landed on the pad during her final pass, meaning she didn’t reach the qualifying score on this occasion, although she was determined to come back and try again at the second event in February.

Returning from their successes last year, Scott, Hattie and Katherine all showed great confidence as they finished all of their passes, qualifying for the Regional Qualifier in March, and all of them came away 1st in their groups, capping off a successful day for Alton.

Well done to all of our members, and thank you to Judy, Vicky and Sylvia, who all gave their time to marshall, record and coach, and here’s hoping this is just the start of things to come for the 2018 season!