Alton again played host, as nearly 500 routines were completed by trampolinists from across the Southern Region in an attempt to qualify to represent the South at the Regional Team Finals in June.

It was a busy and exciting day with much to complement the excitement of the trampolining itself, including a raffle and tombola, A-Star leotards, DE Photos, plus Rachel Mealyer offering physiotherapy. 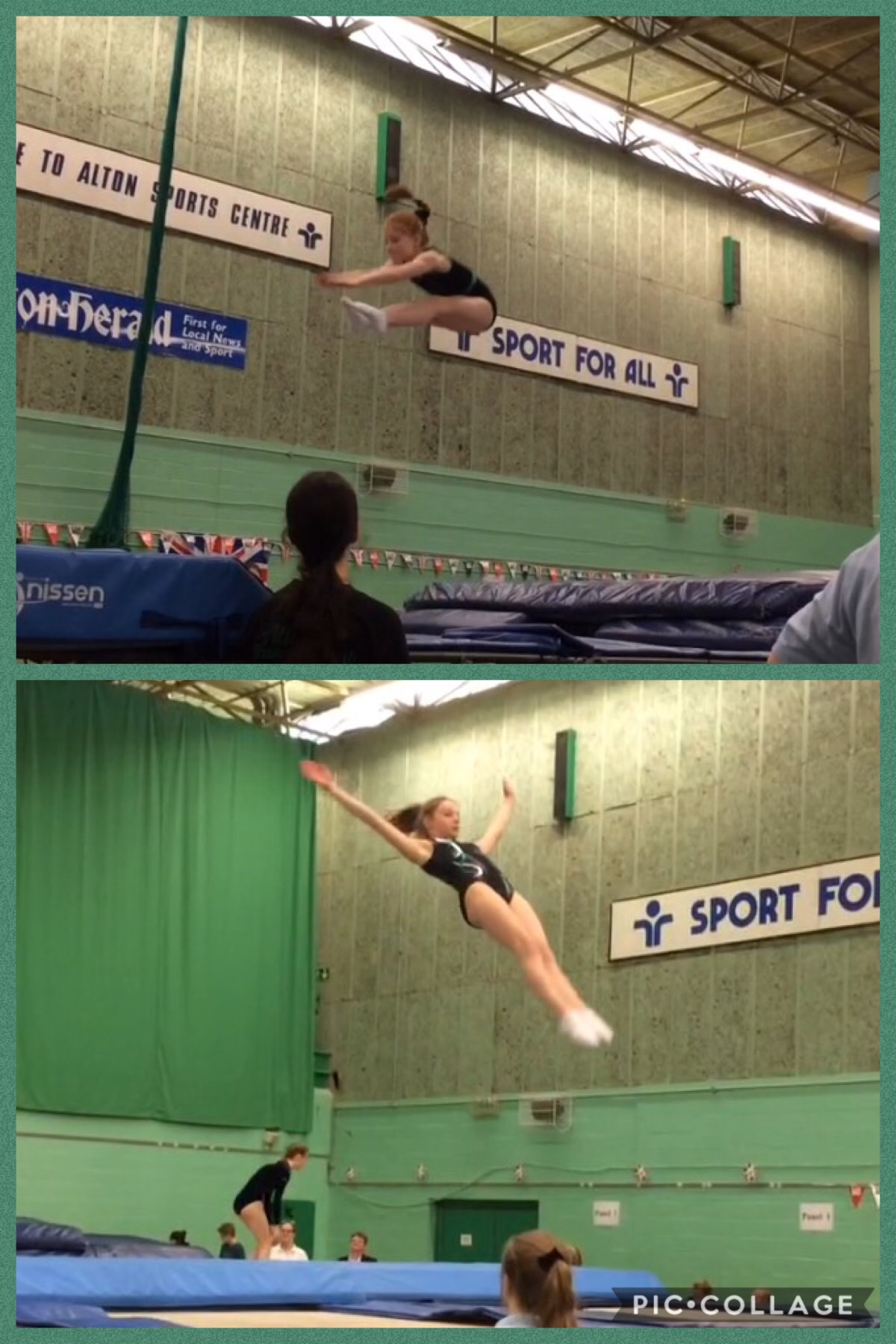 We ourselves had 16 competitors who took part on the day, which saw a mixture of results over the course of the day.

In the NDP 1 category it was 9th place for Molly in the 9-10 years group, while Rosina scored her best score of the season to come 11th in the 11-12 years.

NDP 2 saw the largest number of ATC competitors: In the 11-12 years Boys, Jonty was unfortunately unable to add to DMT qualification, performing the wrong shape in his final skill. Zaki meanwhile came 4th in the same group, just 0.7 off of the podium.

In the 11-12 year-old Girls group, solid routines from Izzy and Scarlett saw both girls finish in the top half, coming 6th and 8th respectively. The 13+ Girls was one of the largest groups of the day and this saw Becca finish 21st, Jessica finish 17th, and Lorna finished 12th after comfortably besting her score from the previous competition.

In NDP 3, both Lilia and Jasmine achieved their highest scores of the season as they each came 9th in their age groups. These were highly competitive groups with virtually every gymnast reaching the qualifying score.

There was success for us at NDP 4 as Scott came away with a trophy after two successful routines saw him accomplish 3rd place in the 13+ Boys! On this occasion he came ahead of James as unfortunately an incorrect skill saw him finish 8th.

The Girls 13+ group was the largest and arguably the most competitive of the day, with 32 gymnasts competing and the top 25 all achieved the minimum score required to have an opportunity of representing the region. Eloise was another Alton gymnast who achieved a personal best score at the event, as she finished in 21st place.

Our final two competitors took part at NDP 5. Katherine scored highly in the 15+ group with the majority of her scores at 8 and above to come a very respectable 4th and becoming a reserve for the Southern Squad, while Hattie scored well in her 1st routine to come 6th in the 13-14 years group.

A huge thank you goes out to everybody who was involved in any part of the competition. So many people gave up their time to volunteer on the day and the evening before, and all played their part on what turned out to be a successful and popular event.

Finally, congratulations to all of the gymnasts, both from Alton and other clubs from across the region, and the very best of luck to all those who will now be representing the South in a couple of months!

Full results from the day can be found below: